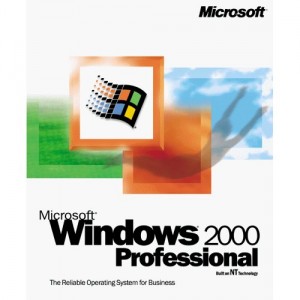 2000 – Microsoft released the next version of the Windows Operating system in Windows 2000. Also known at Windows NT 5.0, it was the beginning of merging the NT and 9x versions. Of course, the companion was Windows ME, which didn’t do too well. The end result streamlined the two OS into Windows XP.