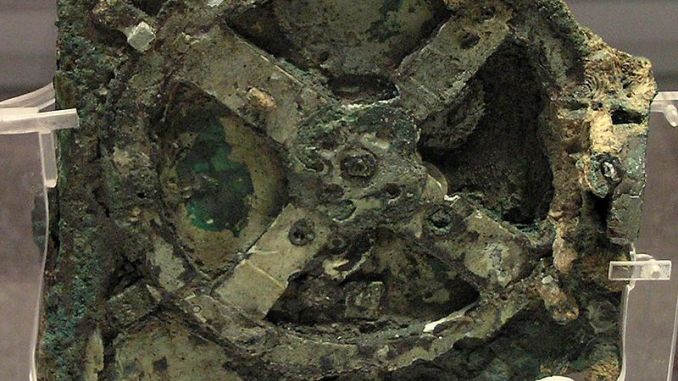 1902 – The Antikythera mechanism was found off the coast of Greece. They only found a part of it, and wasn’t really sure what it did. Eventually, this device was declared to be the oldest known analog computer. The device was used to predict eclipses and astronomical events so ships could plan accordingly.

The device was found by archaeologist Valerios Stais. British science historian Derek de Solla Price dated the device to 87 BCE. He concluded the device was lost only a few years after it’s production.

The low-tin bronze device (5% tin, 95% Copper) made the corrosion impossible to try and start up, so the Antikythera Mechanism Research Project was created to study, and possibly recreate the machine for a better understanding. Especially since the device was in fragments.