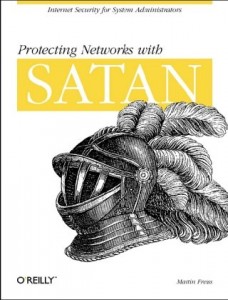 1995– The program is called the Security Administrator Tool for Analyzing Networks. But you may call it SATAN. The Perl written program – Written by Dan Famer and Wietse Venema –  was released to help network admins find vulnerabilities in their remote systems. There was a lot of controversy over the tool and it’s release, since it was the first user friendly tool.SATAN was never updated since, and has been replaced with: Nessus and SAINT.